How is the pandemic impacting college endowments?

Larger endowments tended to have a smaller share of their investments in U.S. equities than did smaller portfolios among the colleges surveyed. While smaller endowments were more adversely affected by the plummeting stock market than bigger ones, their institutions likely rely less on those returns for operating revenue, NACUBO noted.

Just over a third of survey respondents reported endowment values of $100 million or less.

The decrease in the first quarter of 2020 is still far from what institutions experienced during the Great Recession. The value of endowments tumbled an average of 22.5% from July to November of 2008, according to a separate NACUBO study.

Let’s write a new ending for the college dropout story

How colleges are responding to the CDC’s new mask guidelines

Let's write a new ending for the college dropout story...

How colleges are responding to the CDC's new mask guidelines...

With No Department Aid, Independence University to Lay Off Staff...

Let's write a new ending for the college dropout story...

4 steps to combat ransomware in schools

3 tips to improve your online teaching

How colleges are responding to the CDC's new mask guidelines...

Seize the Power of Experiential Learning

3 imperatives for higher ed this year

7 ways to get teacher buy-in for new edtech... 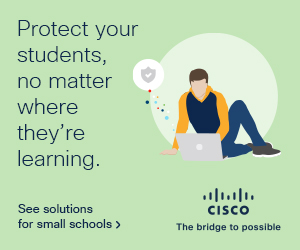