What does a district court ruling mean for future right-to-education cases?

The decision follows a landmark April decision in a Michigan right-to-read case, where a federal judge ruled Americans have “a fundamental right to a basic minimum education.” While the decision led to a major settlement between the state and students in the Detroit Public Schools Community District, briefly bolstering plaintiffs in other right-to-education cases, judges essentially wiped out its precedent-setting effect after vacating the case.

The latest decision in the Rhode Island case left open “a legal road to appeal” that plaintiff attorney Michael Rebell said has the potential to end at the steps of the Supreme Court, decades after justices in San Antonio Independent School District v. Rodriguez decided education was not a constitutional right.

Will the Pandemic Lead More Colleges to Offer Credit for MOOCs? Coursera is Pushing for It.

How a risk assessment helps your campus safety efforts

How a risk assessment helps your campus safety efforts...

Betsy DeVos and the Future of Education Reform...

The pandemic is boosting student-directed learning... 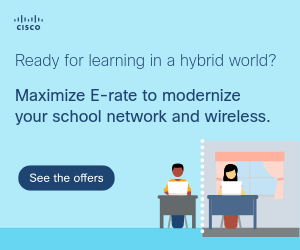